Like most of his friends five year old Muaz has dreams: “I’d love to go to school.  I’m jealous because my older brothers go to school and I don’t get to go. I’d like to learn the alphabet.”

Two-year-old Lillian said, “I like to sing and dance” while Abdullah, aged 6, hasn’t decided if he wants to be a footballer or a painter when he grows up – maybe both. “My favourite footballer is my older brother. When I grow up I want to be a footballer and painter.”

These are the voices of hope. Young Syrian refugees who are among 7 million people who are trying to build a future. “There’s nowhere sweeter than home,” said Kamila, sitting beside her severely disabled 17-year-old son, Mahmood, in a refugee camp in the Bekaa Valley in Lebanon. 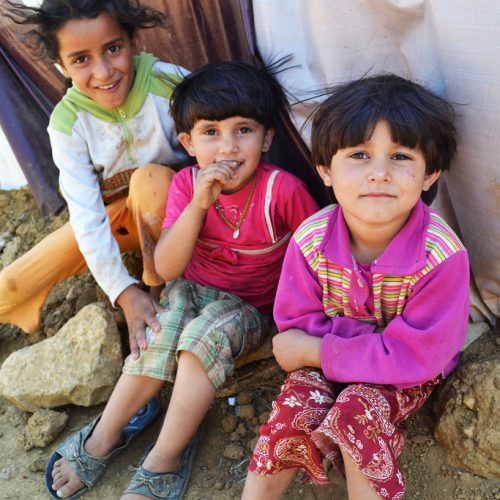 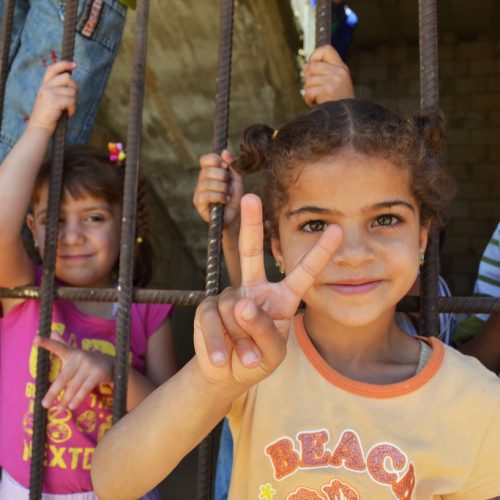 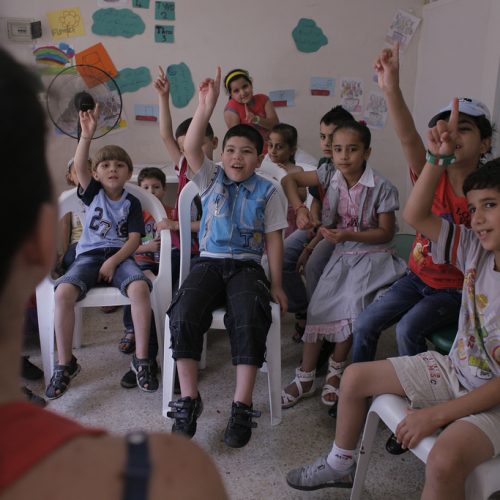 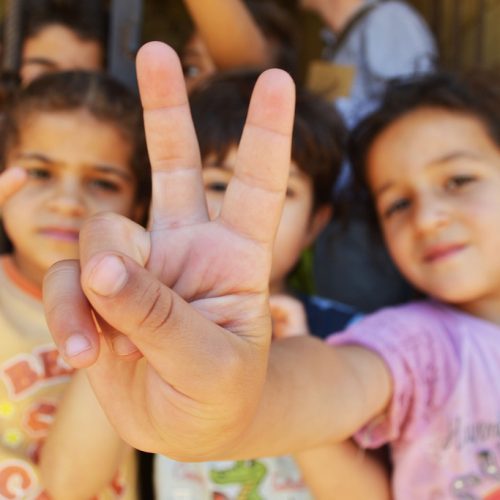 “We were caught in the middle of the fighting, with shells going off around us, whizzing overhead. We were very scared, so we fled Raqqa with everything we could grab, took the bus to Damascus and then to Lebanon.”

Hiam Ali Zameti, 48, comes from Idlib and lost her husband before the war began. She fled Syria with her two daughters in 2012. “The army and terrorists broke into the house many times,” says Hiam Ali Zameti.  “The house was bombed when we were inside.  Many family members and neighbours were killed.

Since she arrived in Lebanon Ali Zameti has struggled to find work and a place to live. Sadly she has also discovered she has cancer. “At first I felt a pain in my chest.  I went to the hospital and learned I had lung cancer. I am having to pay for the chemotherapy every three weeks,” she said.

Caritas has given Ali Zameti money for medicine as well as medical reports.“I am scared for my daughters.  If I have a seizure what will happen to them.  This is my main concern.  I have lost hope because of my illness,” she said.

Caritas is providing critical financial aid as well as community programmes and education support for 2000 families in conjunction with UN agencies in northern Lebanon.  Laurette Challita, field co-ordinator for Caritas Lebanon said: “We have many refugees, we are trying to help the more vulnerable families.

At first I felt a pain in my chest.  I went to the hospital and learned I had lung cancer. I am having to pay for the chemotherapy every three weeks

With funding provided by UNICEF and UNHCR, Caritas provides support for the elderly, pregnant women and those with specific needs or disabilities. “We do home visits to assess the needs of people and are working with other NGOs to ensure people get the help they need,” said Laurette Challita.  “Their needs are great. It’s not just about giving material support, it’s about caring.”

Caritas is also working with social workers and psychologists and conducting home visits to assess people’s needs. It also provides emergency cash, food vouchers and health care as well as financial assistance for consultations and medicine.

Bassam Al Rahal is a chef who comes from Homs in western Syria. “I owned three houses and a farm. But then trouble came. My brother said come to Lebanon to work in a restaurant.”

Al Rahal has four children and his wife is ill. At first he found work in a restaurant on the border of Lebanon and Syria and then in Tripoli but both of them closed. He’s now been out of work for several months.

Caritas has been providing him and his family with financial aid to cover their household expenses and other costs. “Last year Caritas helped me to get the children to school by paying $US200 for the transport fees and $US700 to help with our household costs,” he said.

“We will always be refugees here. I would love to see Syria healed and for us to go home.”